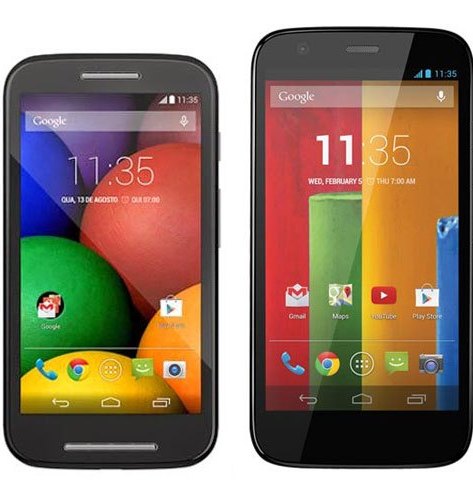 Motorola Moto G proved to be one of the best selling Android smartphones in India. The price under Rs 15,000 made many people go for Moto G. Motorola realizing the thing that low priced smartphones are liked by Indians has launched Moto E at price Rs 6,999. You may be now thinking that whether you should purchase Moto G or Moto E. I will now compare both these smartphones which will definitely help you out. Moto E comes with 1980 battery, while Moto G comes with 2070 mAh battery. I don’t think that there is any big difference between the battery life of Moto G and Moto E.

So Made the decision that whether to buy Moto G or Moto E? You can use the links provided below and buy the smartphone of your choice immediately.