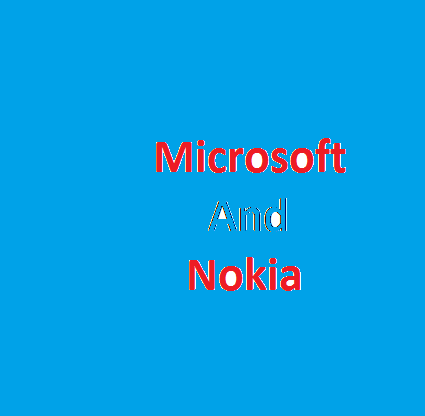 So are you a big fan of Nokia mobile phones? This news has already surprised many Nokia lovers and you should also get surprised. Microsoft has bought Nokia which is a very reputed and well known mobile phones manufacturing company worldwide. This deal seems very interesting and you may have never thought that Nokia company will get sold off someday.

The price at which Microsoft has decided to buy Nokia is $7.17 Billion which is a very good amount. All the employees of Nokia will now be working for Microsoft. Microsoft may have gone for this deal as they may have thought to bring some very cool Nokia mobile phones in the mobile market.

Nokia was the top selling mobile phones company in India but now as Samsung has become the top seller, Microsoft may definitely take some steps to bring Nokia back to the top position. Some people were expecting that Nokia mobile phones with Android operating system may get launched soon but as Microsoft has bought Nokia you will be mostly seeing Nokia phones with Microsoft Windows 8 operating system only. Nokia these days is known for its Lumia series mobile phones. Recently it has launched some low budget mobile phones with good features in India which have also attracted many people.

I am definitely expecting to see many good mobile phones launching now as Microsoft has bought Nokia. I will let you know about all the Nokia mobile phones which will be getting launched after the deal between  Microsoft and Nokia.