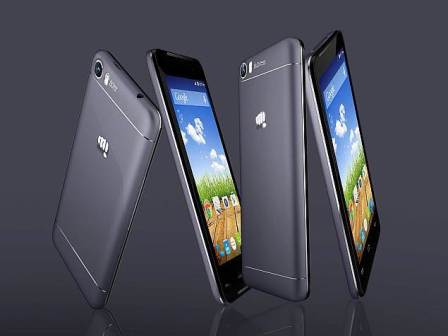 Micromax is trying its best to attract customers and that’s why you may definitely be feeling excited to know all the features of Micromax Canvas 4 A107. With Micromax Canvas Fire 4 A107 you’ll get connectivity features which are 2G, 3G, Wi-Fi, Bluetooth and GPS. I hope that Micromax will soon launch a low budget 4G smartphone too.

Micromax Canvas Fire 4 A107 comes with 2000 mAh battery which will provide you with battery life up to 7 hours.

One of the pros of Micromax Canvas 4 A107 is that it has been provided with Dual Front Speakers in the front and it comes with Cirrus Logic Wolfson Stero DAC audio convertor. If you have been looking for a low budget smartphone that can offer the best type of sound quality, then you should definitely consider Micromax Canvas Fire 4 A107.

This smartphone is provided with pre-loaded Apps which are Clean Master, Snapdeal, Saavn, Ask Me, M! Games, Reverie etc.

Micromax Canvas Fire 4 A107 at price of Rs 6,999 is definitely a good Android smartphone. If battery was little more powerful, then people would have got more impressed with it. Good design, impressive features and Dual Front speakers may make you go for Canvas Fire 4 A107.

As per the info which I’ve got, Micromax Canvas 4 will be getting available online as well as in stores in few days. Micromax Canvas Fire 4 A107 is definitely going to be one of the best options for those who are looking for Android smartphones under Rs 7,000. It’ll be interesting to see that whether Micromax will soon launch the 2nd Gen version of Yu Yureka or make people wait more for it.