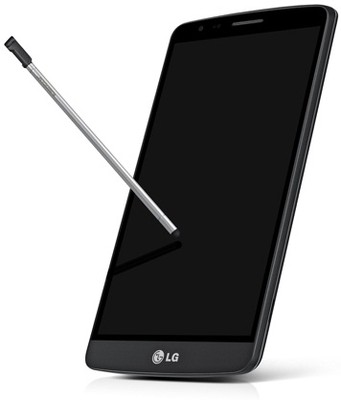 LG G3 Sylus is the new smartphone launched by LG and now it can be found at LG’s official site. This smartphone can be an interesting choice for many as it comes embedded with Stylus Pen. Not only the Stylus Pen, but also the features of this new flagship smartphone may make you think about purchasing LG G3 Stylus. Price of Rs 19,900 can’t be said to be less as Xiaomi Mi3, Moto G (2nd Gen) and even Asus Zenfone 5 are smartphones available at lesser price. LG G3 Stylus has got a 13 megapixel rear facing camera and it has been provided with some special features. Know all the features, availability details and more about LG G3 Stylus by going through this post.

LG G3 Stylus works on Android 4.4.2 KitKat operating system. I expect LG to provide Android L update for this smartphone in future. Stylus-support and multi-touch feature may make you find this smartphone to be different than other mid budget smartphones. Stylus provided with this LG smartphone will help you in taking down all the notes as easily as you want. LG G3 Stylus’s main attraction may be the Stylus Pen, but 13MP camera which comes with BSI sensor and LED flash may also impress you a lot. This 13MP camera comes with Panorama mode, Gesture Shot, Cheese Shutter, Geotagging and other amazing features. LG G3 Stylus has also been provided with a front facing camera of 1.3 megapixel. If LG had provided a 5 megapixel camera in the front of LG G3 Stylus, then there were chances that it would have become a very popular smartphone.

LG G3 Stylus comes with connectivity features which are 3G, Wi-Fi, Wi-Fi Direct, Bluetoothg, GPS, USB and even NFC is available. While Moto G (2nd Gen) and some other new smartphones are not having NFC technology, it is really nice to see that LG has provided NFC technology in its new smartphone which comes with a Stylus Pen.

This smartphone comes with a long lasting 3000 mAh battery. I’m hoping that users will be able to get very good battery life with LG G3 Stylus.