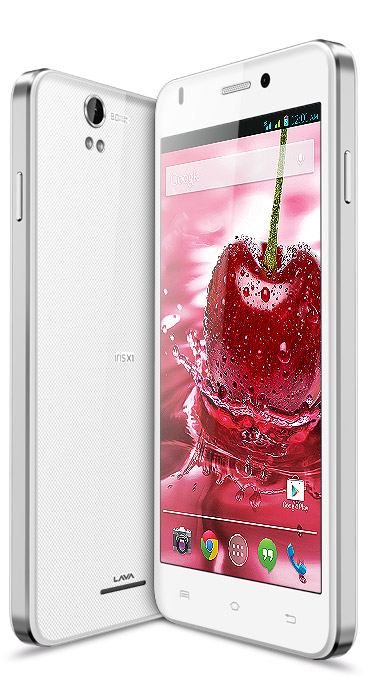 Lava which has been able to get success by launching Iris X1, Iris Fuel 50 and some other smartphones has now launched Iris X1 Grand at Rs 7,326. Lava has also launched Iris X1 Mini at Rs 4,348. Iris X1 Mini comes with 4 inch display screen and the features are not very impressive. Iris X1 Grand seems to be a decent smartphone as it is provided with 5 inch display screen and decent camera features. You may have already read comparison of one of the Lava smartphones which is Lava Iris Fuel 50 with Huawei Honor Holly. In this post you’ll get to know the features and other details about Lava Iris X1 Grand. Display screen provided in Lava Iris X1 Grand is a 5 inch IPS screen having resolution of 854 x 480 pixels. There is no information available about the thing that whether any screen protection is provided.

Lava Iris X1 Grand is provided with 2200 mAh battery. If you found the battery to be less powerful than what is provided in Iris Fuel 50 and Fuel 60, then you should check out some of the best low cost power banks.

Iris X1 Grand looks good and it is provided with Dual Speakers. Amazing sound quality is going to be one of the pros of Lava Iris X1 Grand. Another pro is the presence of different gestures in Iris X1 Grand.