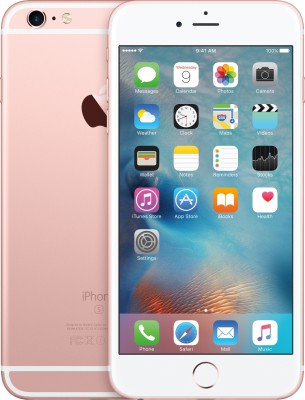 Apple iPhone 6S and 6S Plus with best features can be now purchased online and E-commerce sites are trying to provide offers to attract customers towards the latest Apple iPhones. The price starts from Rs 62,000. So the different variants of Apple iPhone 6S are priced from Rs 62,000 to Rs 82,000, while the Apple iPhone 6S Plus different variants are priced from Rs 72,000 to Rs 92,000. If you’re looking forward to invest more than Rs 60,000 for a new Apple iPhone, then definitely you need to choose the right variant for yourself. Apple must be definitely expecting that its new iPhones will get lot of demand as many people were waiting to buy them online. Know some of the best features as well as the offers available with Apple iPhone 6S and 6S Plus in this post.

Let me first make you the exact price of some of the variants of the new Apple iPhones. I’ll be also making you know some of the main plus points of them. Both iPhone 6S and 6S Plus are available in 3 colors which are Grey, Silver and Rose Gold.

The 16GB version of iPhone 6S comes in different colors and is priced at Rs 62,000, while the iPhone 6S Plus 16GB variant is priced at Rs 72,000. So there is a Rs 8,000 difference between the 16GB which is the minimum storage space available with the new iPhones.

I don’t think that anyone of you will be going for the 128GB iPhone 6S or iPhone 6S Plus as they are priced very high and 64GB storage shall be enough for you. Best Features of Apple iPhone 6S and 6S Plus

– They are provided with 2GB RAM.

– Latest operating system by Apple which is iOS 9.

– Powerful Apple A9 64 Bit processor and even a M9 co-processor is provided.

– Apple iPhone 6S and 6S Plus both come with 12 megapixel iSight Camera. You’ll be able to shoot 4K videos using this special camera.

– 1715 mAh battery provided in iPhone 6S which will provide you with 14 hours of 3G talktime, while the powerful 2750 mAh battery in Apple iPhone 6S Plus is much better as you’ll be able to get 3G talktime of 24 hours.

– 3D Touch technology is provided in new iPhones which will allow you to try out some new gestures. Some discount seems to be there on Apple iPhone 6S and 6S Plus available in Grey and Silver colors. You need to purchase your favorite iPhone variant before the stock ends as people are always crazy for iPhones. If you’ll buy iPhone 6S or 6S Plus using the Flipkart App, then you’ll be able to get the offer which is free Airtel 4G data worth Rs 15,000. Offers can end up anytime and make sure that you’ve checked the terms and conditions related to the offer before your purchase the Apple smartphone for yourself.

Apple has launched Apple iPhone 6S and iPhone 6S Plus at the right time when the festive season is going on in India. It may even have the plan to give some discount or special offers during the Diwali festival. As Apple smartphones are considered as the best high end smartphones by people who don’t have budget restraint, there can be good demand for them during the festive season. In a month or two, we will definitely be able to know that whether the new iPhones are going to be more successful than all the previous iPhones. Will you buy Apple iPhone 6S or iPhone 6S Plus?