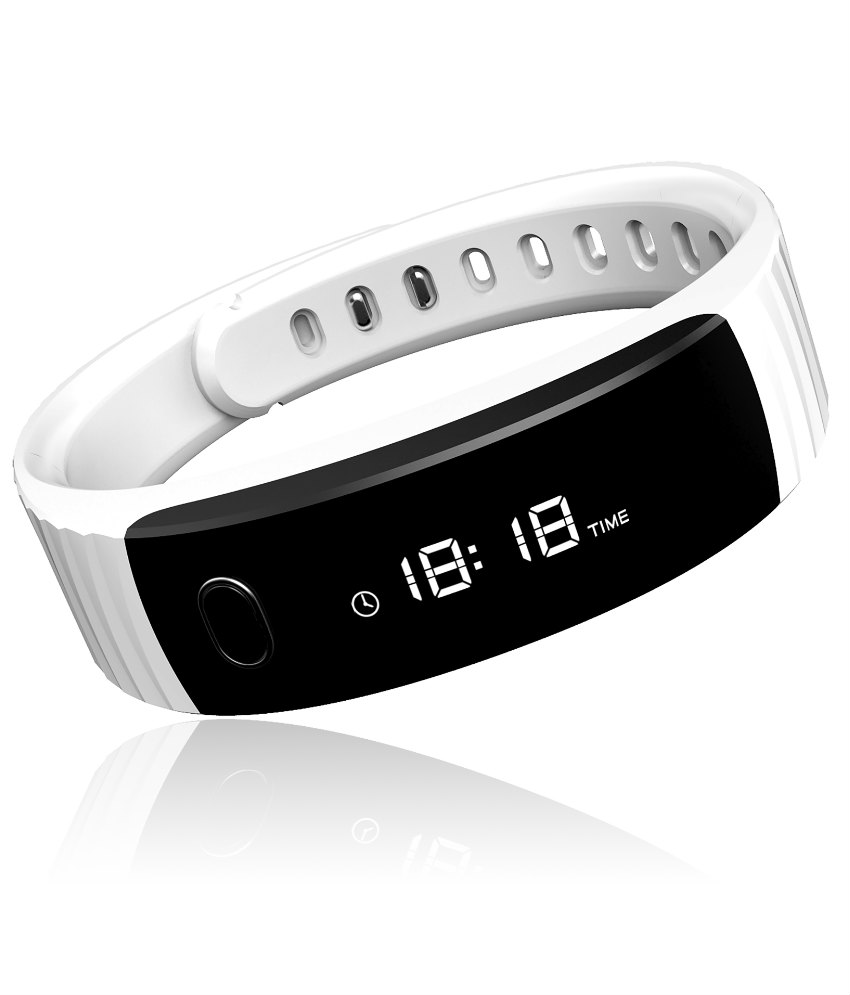 Display screen provided by Intex in this new fitness band is a 0.86 inch OLED display screen with resolution of 96 x 30 pixels. Calulation of distance travelled and calories burnt is done properly as this fitness band comes with 3 Axis accelerometer for tracking the steps. FitRist by Intex monitors can be used for monitoring sleep too. Sleep quality monitor feature may allow you to know if you’re getting proper sleep or not.

FitRist fitness band comes with very useful features which are call/SMS notifications, controlling media player of the smartphone as well as a special remote shutter to control your smartphone camera. While making use of the Remote Shutter feature, you need to keep the App interface open and then long press the camera icon for clicking images.

It is equipped with Bluetooth 4.0 which will allow you to easily connect this FitRist fitness band with your smartphone.

Intex has claimed that this fitness band’s battery shall last up to 2 weeks when once fully charged for one and an half hour.

You may take the decision to go with this fitness band immediately as it is a water resistant and splash proof fitness band.