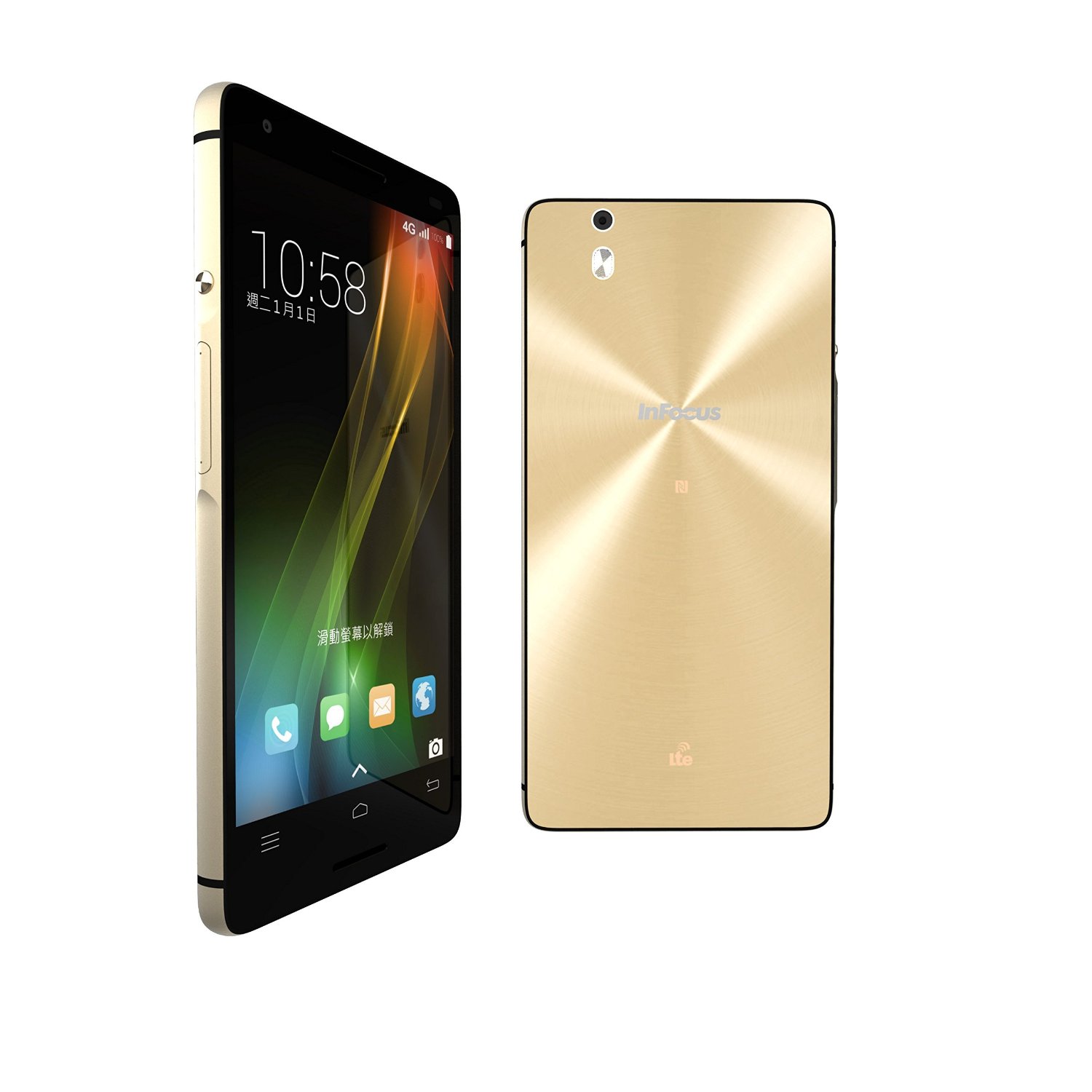 After launching Infocus M530 at Rs 10,999, Infocus has now launched Infocus M810 at the price of Rs 14,999. Infocus M810 looks amazing as it comes in Gold color and is slim at 6.99mm thickness. I am very impressed with the design and the amazing look of Infocus M810 and I think that this may become one of the reasons for its popularity. Infocus M810 comes with powerful Snapdragon 801 Quad Core processor, that’s why it will definitely be interesting to see that whether it will be able to compete with other best Android smartphones available under Rs 15,000. If you have less budget, then you shouldn’t go for Infocus M810, and choose one between Lenovo K3 Note and Infocus M530. Similar to Lenovo K3 Note, Xolo Black etc, Infocus M810 is also provided with a 5.5 inch Full HD display screen. Resolution of the display screen is 1920 x 1080. Pixel density is 401PPI which is definitely good. Still now as per information available, it seems that no Glass protection is provided to the display screen. It seems that all companies nowadays want to get customers by launching Mid Budget smartphones with large screen.

Infocus M810 is powered with 2.5GHz Quad Core Snapdragon 810 processor and it comes with 2GB RAM. Internal memory available with Infocus 810 is of 16GB, while one can get external memory up to 64GB using microSD card with Infocus 810 smartphone. As per the price, some people may have expected that Octa Core Snapdragon processor will be provided in Infocus M810 smartphone.

Infocus M810 comes with 13 megapixel rear camera which comes with True Tone LED flash and Sony Exmor R sensor. Xolo Black with Dual Rear Cameras can also be a good option for you as it is available at Rs 12,999 only.

This Infocus smartphone is provided with a front facing camera of 5 megapixel.

It is powered with 2600 mAh battery. A smartphone priced around Rs 15,000 should have been provided with 3000 mAh battery as people nowadays want good hours of battery life. Lenovo K3 Note which is priced Rs 9,999 comes with powerful 2900 mAh battery, that’s why it is the right time for companies to understand that there is lot of competition. Infocus too needs to price its smartphones as affordable as it can.

Infocus M810 in Gold color is now available online. You won’t be able to buy Infocus M810 from retail stores as it going to be exclusively available at one online store only. Good design, 5.5 inch full HD screen and powerful Quad Core Snapdragon 801 processor can be said to be the pros of this new Infocus smartphone.