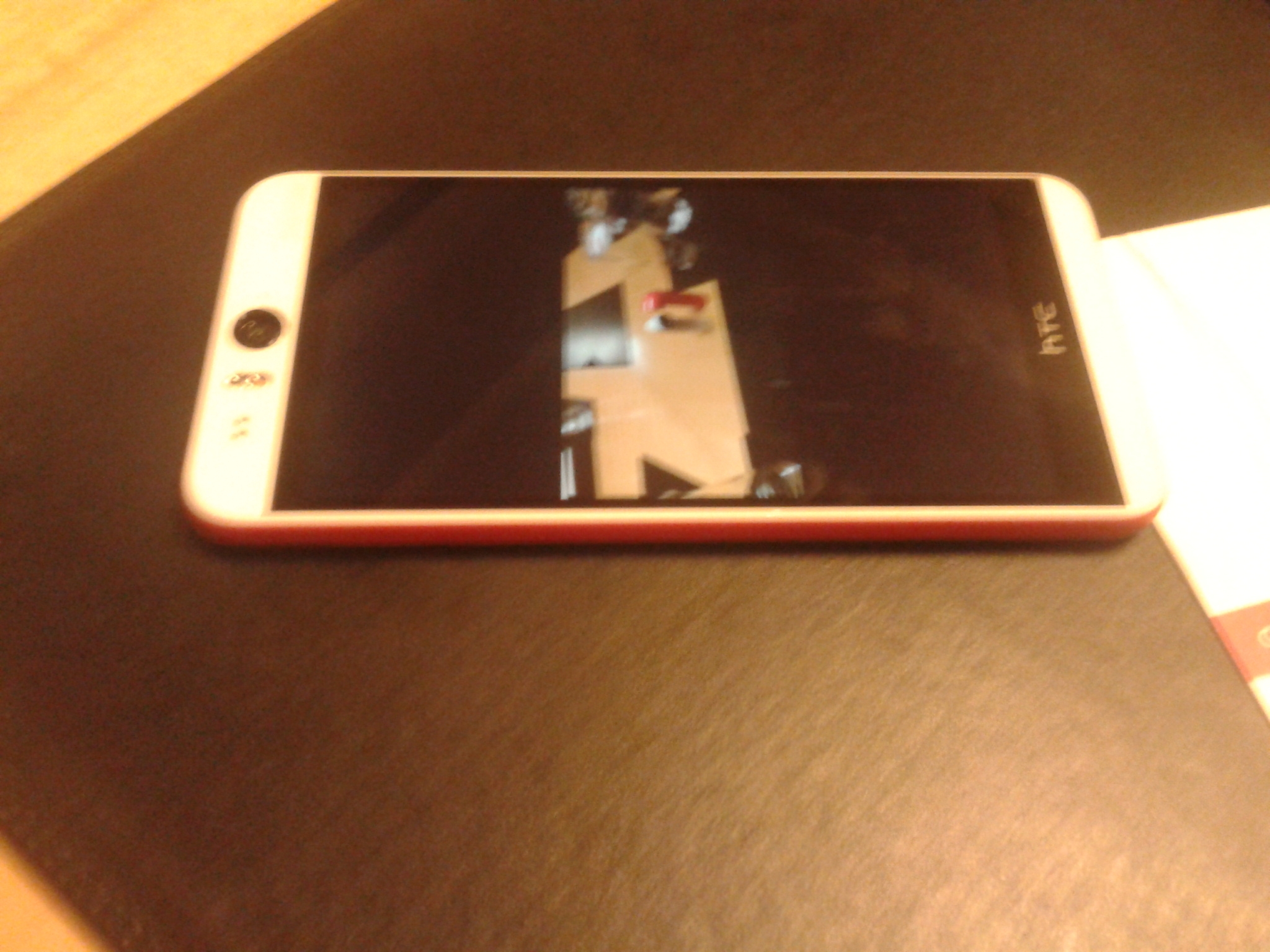 I love HTC smartphones because of the quality and unique features they come with, but another important reason for attending the HTC Double Exposure event at Grand Hyatt on 17th October was to see my favorite Bollywood actor John Abrahim. I was 15-20 minutes late, but I felt happy that the event had not begun yet and some people were making the entry into the hall where event was going to take place. So I went in and started waiting eagerly to see John and the launch of HTC Desire Eye, HTC One (M8 EYE), HTC Desire 820 etc. I didn’t knew that they will be launching a special camera called RE at the event, but that seemed to be the biggest surprise.

The event started with a special dance performance. Some people may miss out to write about it, but I will really to appreciate the 2 dancers who entertained everyone by doing a sizzling dance performance. After the performance, Faisal Siddiqui (Vice President and Country Head of HTC India) said few words about HTC.

Once Mr Faisal Siddiqui completed his speech, the announcement was made that the special guest will now come on the stage to unveil the new HTC products. So as you can see the above image, John Abrahim accompanied by Darren Sng (HTC Senior Director of Product marketing) unveiled the new HTC smartphones which are HTC Desire Eye and HTC One (M8 Eye). You can also see that a special camera called the RE camera was also unveiled. We were then made to know the special features of the new HTC smartphones and the RE camera. All of us were also giving the opportunity to ask any questions related to the new smartphones and RE camera launched by HTC at the event. You’ll be now able to know features of the smartphones launched and the reasons to buy RE camera. The smartphone which impressed me the most is HTC Desire Eye. It comes with amazing 5.2 inch Full HD display screen having very good resolution. HTC Desire Eye is powered with 2.3 GHz Quad Core processor. It comes with 2GB RAM and internal memory of 16GB. The reason that this smartphone is going to get lot of popularity in India is that both the rear facing and front facing camera is of 13 megapixel. 4G LTE, NFC and many other superb features are provided in this smartphone.

As I got to go through HTC Desire Eye for 10/15 minutes I got a good idea about how superb is this smartphone. If someone asks me to review HTC Desire Eye, then I’ll give it 5/5 rating especially which is because of its camera features.

Price is still not known. It may get released in India in November. Once this smartphone will get available, I’ll try to write a post covering all the features. RE Camera- An Unique Type of Camera

RE Camera – This new product by HTC impressed me. I think that this RE camera is going to be liked by people who travel a lot and even those who are involved in any type of sports activity may love to have this camera. It is small and it is easy to carry. I don’t know that why HTC has named this camera as RE Camera, but there can be some good reason behind it. RE Camera has bought a new concept of not using the smartphone’s camera while travelling, swimming or doing any other type of activity, and instead of it one should try to make use of a small camera like RE camera for taking photographs and shooting videos.

HTC RE Camera comes with 16 megapixel camera having CMOS sensor. The amazing thing about HTC RE is that it comes with ultra wide angle 146 degree lens allowing you to capture the best images. Slow video recording and some other features of this camera really impressed everyone. We bloggers were called to a conference room for going through this new camera and how its work. You get 8GB microSD card with it, while RE Camera can support up to 128GB of external memory. The connectivity features provided in this RE Camera are Bluetooth, Wi-Fi and micro-USB. RE Camera comes with 820 mAh battery.

Someone in the conference room asked that “How we’ll be able to know that the battery of RE camera is going down?”. We were informed that an orange color light shall make us know that the RE Camera’s battery is below 25%. What about the price? RE Camera is going to get available at an introductory price of Rs 9,990 at Snapdeal in the first week of November. Last but not the least, RE camera is a IPx7 waterproof camera.

After using the RE Camera for 30 minutes and more yesterday,  I can say that it is going to be a very useful camera. I hope that HTC maintains the price of RE Camera at Rs 9,990 only as the reasonable price will make many people buy RE Camera in India. Many techies will be waiting to review RE Camera as it a very unique product which HTC has launched.

HTC’s this event was definitely a successful event as its new smartphones and the unique RE camera impressed many bloggers. HTC can expect to get good demand for its smartphones in India. Seeing HTC launching some amazing flaghship smartphones which are HTC Desire Eye, HTE One M8 Eye and an unique RE camera, other companies may also try to launch some new products. Thanks to HTC for arranging such type of superb event.

6 thoughts on “HTC launches Desire Eye, One (M8 EYE) and Special RE Camera in India”