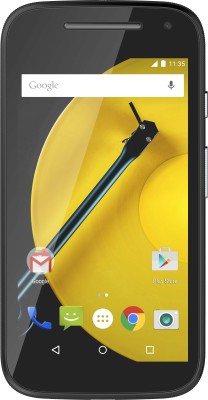 Thinking that which smartphone you should buy under Rs 10,000 in this year 2015? If you have budget around Rs 13000, then you have 2 best options which are Asus Zenfone 2 ZE550ML and Xiaomi Mi 4i. But, if you have budget below Rs 10,000 then you need to go for some other smartphone. You may find that there are many good options are available in this budget.. Previously finding smartphones with 1GB or 2GB RAM in less budget was not possible, but now as the price has reduced you’ll be easily able to find a best smartphone in your budget. In this post I’m mentioning the latest Best Android Smartphones available under Rs 10,000. Priced Rs 8,999, Huawei Honor 4C comes with 5 inch HD IPS display screen and has got the resolution which is 1280 x 720 pixels. It works on Android 4.4 and comes with Emotion 3.0 UI. This Huawei smartphone is powered with 1.2GHz Octa-Core Kirin 620 processor and it is provided with 2GB RAM. With it, you’ll get internal memory of 8GB and you can get external memory using microSDcard.

2G, 3G, Wi-Fi, Bluetooth and GPS are the available connectivity options. It is powered with 2550 mAh battery. Lenovo A7000 is yet an another impressive Android smartphone which comes with 5.5 inch display screen.

Buy Lenovo A6000 Plus Online

Yu Yuphoria priced at Rs 6,999 is an affordable 4G Android smartphone with 2GB RAM. It comes with very good features and it can be purchased through flash sales at Amazon. Yu Yuphoria comes with 5 inch IPS display screen having Gorilla Glass protection. Micromax Yu Yuphoria comes with metal body. It works on CyanogenMod OS 12 based on Android 5.0 (Lollipop) operating system.

Yu Yuphoria is also a Dual SIM 4G smartphone and is powered with a 2230 mAh battery. At the price of Rs 6999, Xiaomi Redmi 2 is a good smartphone working on Android 4.4 KitKat having MIUI 6. It has got display screen of 4.7 inch which comes with Dragontrail Glass protection. It is powered with 1.2GHz 64 Bit Qualcomm Snapdragon 410 Cortex-A53 Quad Core processor and comes with 1GB RAM. Internal memory is of 8GB and you can also get external memory.

You’ll be able to buy Xiaomi Redmi 2 at the next flash sales. Register for it now so that you won’t miss the chance.

I have already provided complete information about all these smartphones in previous posts.

I hope that this list of best Android smartphones under Rs 10,000 would have been useful for you. As people like to buy smartphone in this budget, many new smartphones in the price range of Rs 6,000 to Rs 10,000 get launched every month. Which smartphone you find to be best according to your budget?