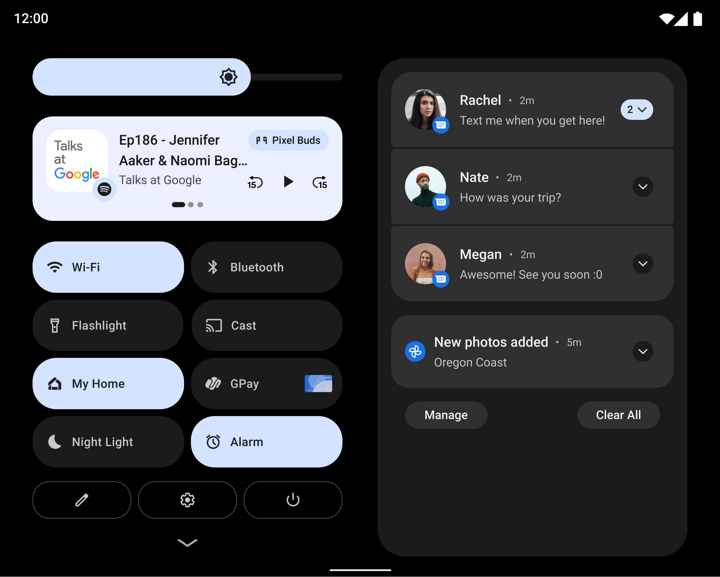 Google has announced Android 12L at a recent event. As of now, only the Android 12L preview version will be available for certain large-screen devices.

You must be wanting to try out Android 12L soon but you’ll need to wait for the official release. Also, this update may not be available for every Chromebook, foldable, and tablet.

This is one of the most interesting news as Android 12L brings new features to large-screen Android devices like tablets, Chromebooks, foldable smartphones, etc. If you’re using a large-screen device, then be ready to have a new experience.

Let us have a look at some of the new features that Android 12L will bring and how will Android 12L help those who’re using a large-screen device working on the Android operating system.

Android 12L is optimized for the large screen so that you can experience the best of Android on your favorite large-screen devices.

Android 12L is definitely going to make switching between the Apps easier on Android tablets and Chromebooks.

New Changes to the Google Play Store for Large-Screen Devices

There are new changes going to happen to the Google Play Store to make things easier for you.

How it will help those who have a large-screen device working on the Android operating system?

It will help you know which Apps are optimized as per your device’s screen size.

This will make it interesting for you as you’ll be able to use some of your favorite Apps in the best way.

I believe many Android Apps will get perfectly optimized for the large screen. This may eventually result in tablets and other large-screen devices replacing the laptops.

This sounds interesting, but Android replacing the Windows operating system for work purposes may take a lot of time.

Increasing Use of Large-Screen Devices

As per Google, the use of large-screen devices has increased in the last few years.

In the past year itself, there have been 100 million Android tablet activations. This is definitely a big number considering the reliance of people on Windows laptops. It seems Android tablets have become the second main device and soon may become the first choice.

The good news for developers is that they will be able to test out if their App is optimized for the large screen. Google has asked the developers to focus on 3 different screen sizes which are Compact, Medium, and Expanded.

Android 12L for large-screen devices is definitely going to bring a huge change as people may start using tablets more. I’m excited. I hope you’re also excited to try out Android 12L. Do let me know your opinion about the Android 12L operating system.