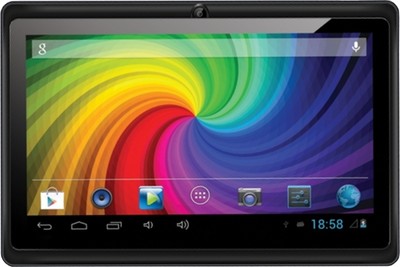 Recently, I had written a post mentioning top tablets under Rs 10,000. This time I thought to write about some best tablets which are available online in very affordable price under Rs 5,000. Many people just want to have a tablet, but don’t want to spend much. HCL, HP, Dell, Micromax, Lenovo, Datawind are some of the companies which regularly launch new type of tablets in the Indian market. Nowadays many other companies too have started launching low budget smartphones as well as low budget tablets. In this post I’ll make you know 4 best tablets under Rs 5,000 so that you too will be able to buy a good tablet immediately for yourself.

You should go through the feature of all these 4 tablets properly before making the final decision that which tablet you should purchase for yourself. Digiflip Pro ET701 tablet is a popular tablet from the Flipkart’s Digiflip series of tablets. Digiflip Pro ET701 comes with 7 inch display screen. This is one of the tablets under Rs 5,000 having 3G as well as Wi-Fi connectivity. It works on Android 4.2.2 and you’ll be able to update it to Android 4.4 KitKat.

This tablet comes with 1.2GHz Dual Core Intel Atom Processor Z250. It has been provided with 1GB RAM. You’ll get internal memory of 8GB and external memory up to 32GB. You’ll be able to get 3G connectivity by making use of Dongle. Primary camera provided in Digiflip Pro ET701 is a 2 megapixel camera, while in front there is a 0.3 megapixel camera.

Digiflip Pro ET701 tablet is available online at Rs 4,299 only HCL ME Sync 1.0 (U3) tablet comes with 7 inch display screen having resolution of 800 x 480 pixels. It works on Android 4.1 operating system. It comes with 1GHz ARM Cortex A-9 processor and 512MB RAM. This low budget HCL tablet comes with internal memory of 8GB, and you’ll be able to get external memory up to 32GB with this smartphone. The rear facing camera provided in this smartphone is a 2 megapixel camera, while the front facing camera is a 0.3 megapixel camera. The connectivity features available in HCL ME Sync 1.0 tablet are Wi-Fi, 2G and micro USB. Micromax Funbook P280 is also a good low budget tablet. It comes with 7 inch screen. It is powered with 1GHz Cortex-A8 Dual Core processor. It has got Wi-Fi, but 3G is missing. This Micromax tablet comes with 512MB RAM only. It has got internal memory of 4GB. There is a 0.3 megapixel camera provided in the front of this tablet. These are the 4 best tablets which are available under Rs 5,000. I hope that you’ll soon buy one of them in your low budget. As the price of smartphones have kept going down, price of tablets too have gone down. It’ll be interesting to see that whether people will tend to carry a tablet too when most of them already have a good smartphone. Which tablet you’ll buy for yourself in your budget of Rs 5,000?