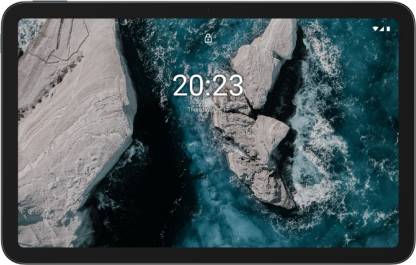 Nokia T20 tablet has got launched in India and the starting variant is priced at Rs 15,499 only.

Realme Pad tablet is one of the best tablets under Rs 20,000 currently, and the entrance of the Nokia T20 tablet has just increased the competition a little bit.

It will be interesting to see if the Nokia T20 tablet will also be able to get a good demand like the Realme Pad.

After reading this post, you may definitely be able to decide between the Nokia T20 tablet and Realme Pad. You need to make a choice between the Nokia T20 tablet and Realme Pad as they come in the same price range.

It is good to see the increasing number of best tablets under Rs 20,000.

I expect companies like Xiaomi, Vivo, Oppo, etc to launch the best tablet under Rs 20,000 as well as some gaming tablets under Rs 30,000 in India.

I’ll compare some of the crucial specs and features of the Nokia T20 tablet and Realme Pad before you decide to purchase one for yourself.

The Nokia T20 tablet comes with an IP52 rating making it a dust and water-resistant tablet, whereas no such rating is provided to the Realme Pad.

The Nokia T20 tablet is definitely going to give some competition to the Realme Pad.

Nokia T20 and Realme Pad are definitely two of the best tablets available under Rs 20,000 currently. One of the new competitors is the Lenovo K10 tablet.